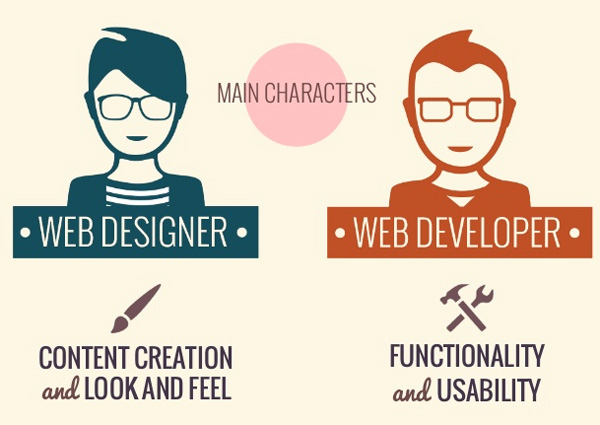 Do you know who you are?

A few years ago I had a very simple view of what I understood I did and who I was when it came to website creation. I described my business as Website Design and myself as a website designer.

This month I attended Joomla! Day UK 2013 and was privileged to watch Chiara Aliotta (http://www.untilsunday.it/) present a keynote on "Fighting for the Pixel". Her keynote inspired me to write this article.

To be fair, this has never caused a problem with the public and customers.

To give some context, I probably need to include a little about my perspective and how I operate. I am a one man band business and I build websites pretty much all on my own. I farm out logo work to a friend who is much more artistic than me and use stock templates that I may tweak as needed.

However, at a previous Joomla! Day they asked questions that confused me… was I a 'designer', 'developer' or 'administrator'?
All their presentations were split into these three streams. This caused me some confusion. For a start I was essentially all three. I didn't fully understand the distinction. As far as I was concerned I am not a 'developer' - my view was these are the people writing code and producing extensions (components, modules and plugins) for Joomla! (although one might consider CSS as a form of programming and development which may pull me into that category!). However, some of the developer presentations were suitable and interesting to me. The designer stream equally had some elements that interested me, and yes, I did 'Administration', didn't everyone?
So which was I?

In parallel with this, I had a customer who wanted a very specific design he had drawn in Powerpoint (oh my!) as his template for his site. I was no good at template creation so sent the picture and a module position map out to some Joomla! companies for a quote. I was expecting them to take the picture/design and come back saying £X to create a template. Again I was confused with the questions that came back. Did I want them to 'design' the template professionally, produce high quality psd files or just use what I had supplied. I didn't understand - just take the picture and make it into a template with these modules available was my thinking, what do they mean design it - I had sent the design to them hadn't I?

Back to Chiara. Her keynote was beautifully illustrated and very clearly presented. It explained to me clearly the role of a good designer and how they worked with a developer to produce an end product for a client. How they often have no knowledge of Joomla! and building a website, but do understand web presentation concepts to some extent. Mainly she explained the designer will design what looks great involving moving images and elements given the web is more dynamic than static paper. However, the developer will have to work with the designer to decide what is possible and what is either impossible or too expensive to deliver. I will stop there as you would be better seeing the presentation from Chiara - http://www.slideshare.net/chiaraaliotta7/fight-for-the-pixel .
I finally saw the light of what was meant by a 'web designer' in the community. Personally I still don't think I fit into any of the "Joomla! Day" categories and would probably define my position with a new one "Website Builder" or possibly "Website Creator".
I remember an English comedian telling a joke about himself, assuming it was funny as others would have done the same thing, and then noting he may have made a fool of himself in front of the nation if no-one else had! So it is always dangerous to write an article such as this, as probably I have just exposed my stupidity to the world. But maybe, just maybe, someone else is as confused as I was.